The joint venture partners reached an agreement to purchase the property from Cammeby’s International Group for $166 million, including the assumption of existing debt.  The Bronx Park portfolio is comprised of eight Mitchell-Lama buildings constructed in the 1970s and rehabilitated in 2014, with 1,275 residential units and 10 commercial spaces.

The units are affordable to low-income families earning 60% of the area median income, many of which benefit from a Section 8 contract.

The new owners say they plan to make operational improvements to benefit the residents and secure the long-term future of the buildings as the city faces an affordable housing crisis.  To finance the project, the partners assumed New York State Housing Finance Agency and Freddie Mac loans serviced by Citibank and JLL Capital Markets. 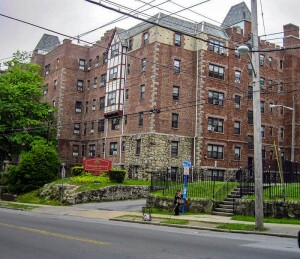 Founded in 2006 by managing partner Paul T. Odland, Belveron is a privately held firm focused on preserving affordable and workforce housing.  The firm, which also has offices in Boston and New York City, and its affiliates have invested in hundreds of properties across 33 states, representing more than 50,000 affordable homes.

In a separate deal announced this week, Belveron and K&R Preservation, a New York City-based affordable housing developer and owner, have formed an equity partnership.  The joint venture involves the nearly 2,500-unit Preservation Development Partners portfolio that was held by K&R and BFC Partners.  Under the deal, Belveron replaces BFC as a 50% partner.

“Essentially, all of the deals contained in the portfolio are changing hands.  From now on, equity will be shared only by K&R and Belveron,” says Francine Kellman, co-principal of K&R, which will serve as the managing partner.  Financial details of the deal were not disclosed.  The properties are located in New York and New Jersey.

K&R and Belveron leaders became acquainted last March when they partnered on the $13 million acquisition Oakwood Gardens Apartments, a 100-unit project-based Section 8 property in Mount Vernon, N.Y.  They are investing an additional $14,500 per unit—or $1.45 million total—to restore the six-story property built in 1930.

Formed in 2011, K&R is owned and operated by Kellman and Brian Raddock.  The firm, which owns more than 3,600 units, specializes in the acquisition and rehabilitation of affordable housing throughout the tri-state region.

“They (Belveron) are a company that believes in what Brian and I believe in—maintaining affordable housing, extending the life of the properties, and giving people a respectful place to live,” says Kellman, adding that she expects the two companies to work together to acquire additional affordable housing developments.

In another notable deal announced in December, Rochester, N.Y.-based Conifer Realty announced it is receiving a significant ongoing investment by Belveron.  This partnership will be a key focus for both firms this year.